Make a Birthday Balloons Avalanche and fill the balloons with money or treats for a fun birthday surprise. 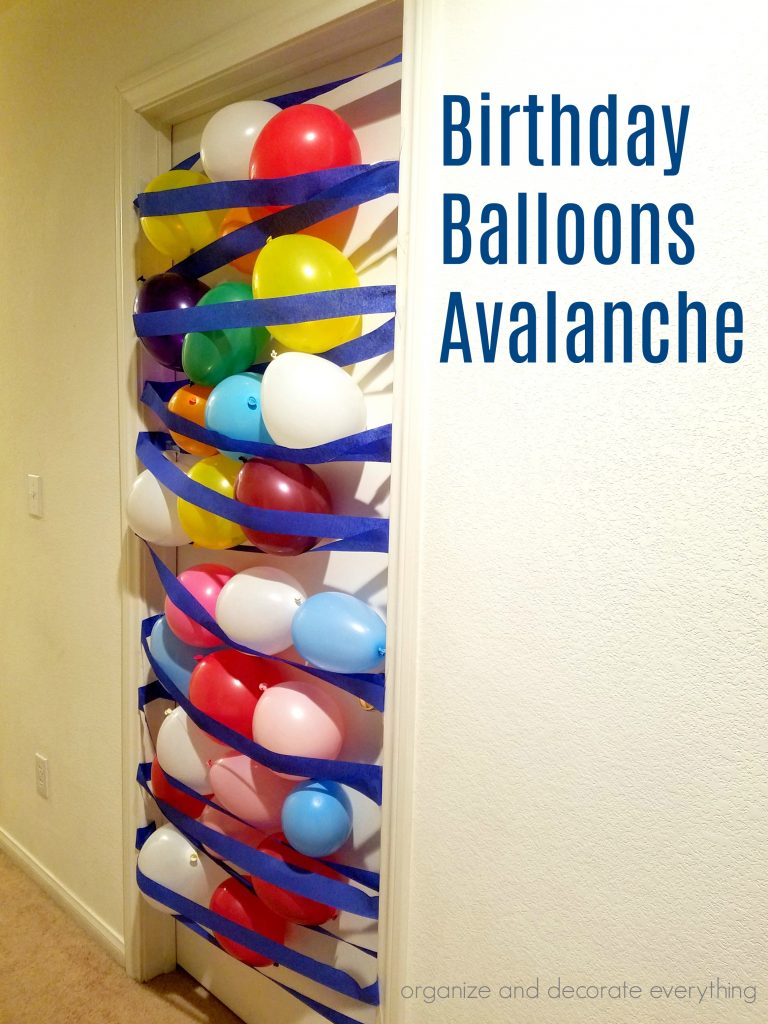 I try to be creative when giving my older kids birthday money but every year it gets harder and harder to come up with a new idea. Many years ago I made birthday money balloons, then one year I placed money in a bag of candy and attached it to a balloon. Another year I made a paper straw garland and rolled up money and hid it in the straws (I finally had to tell her the money was in there). I’ve even made bills into bow shapes and made them into a garland. I think the kids like the creative ideas. 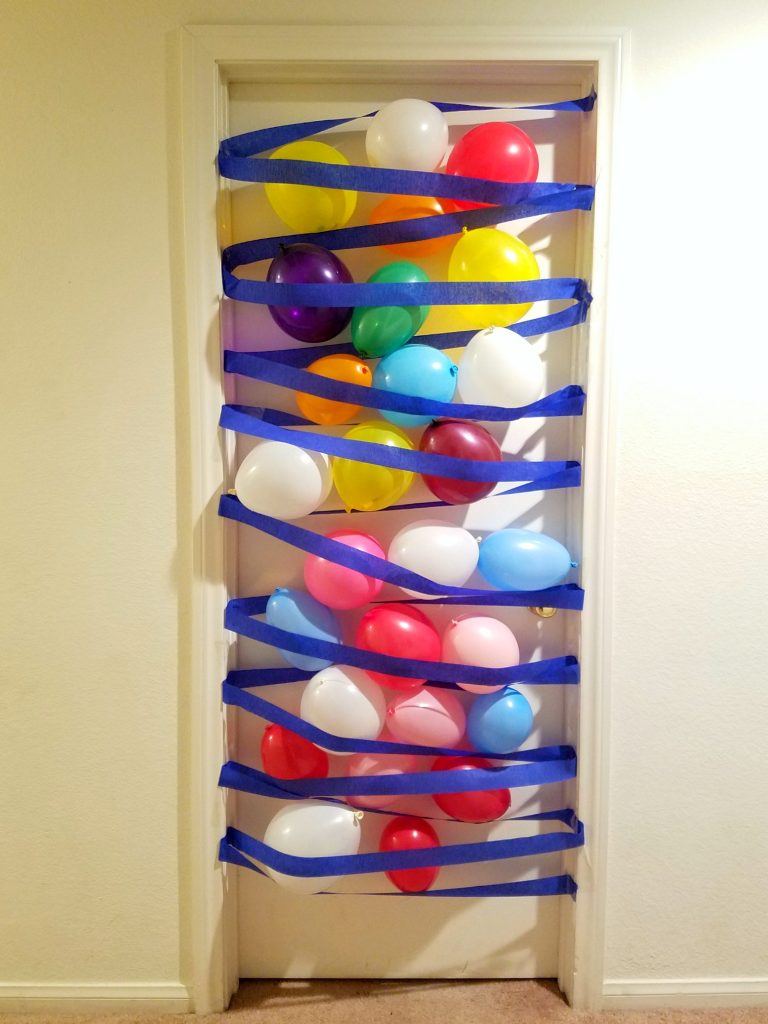 I like to use small bills so I can fill most of the balloons. This year I decided to use all $5 bills. Roll the bills and secure them with washi tape. It holds the bills in a roll well and it doesn’t tear the money. Place the money in a balloon then blow it up and tie the end. 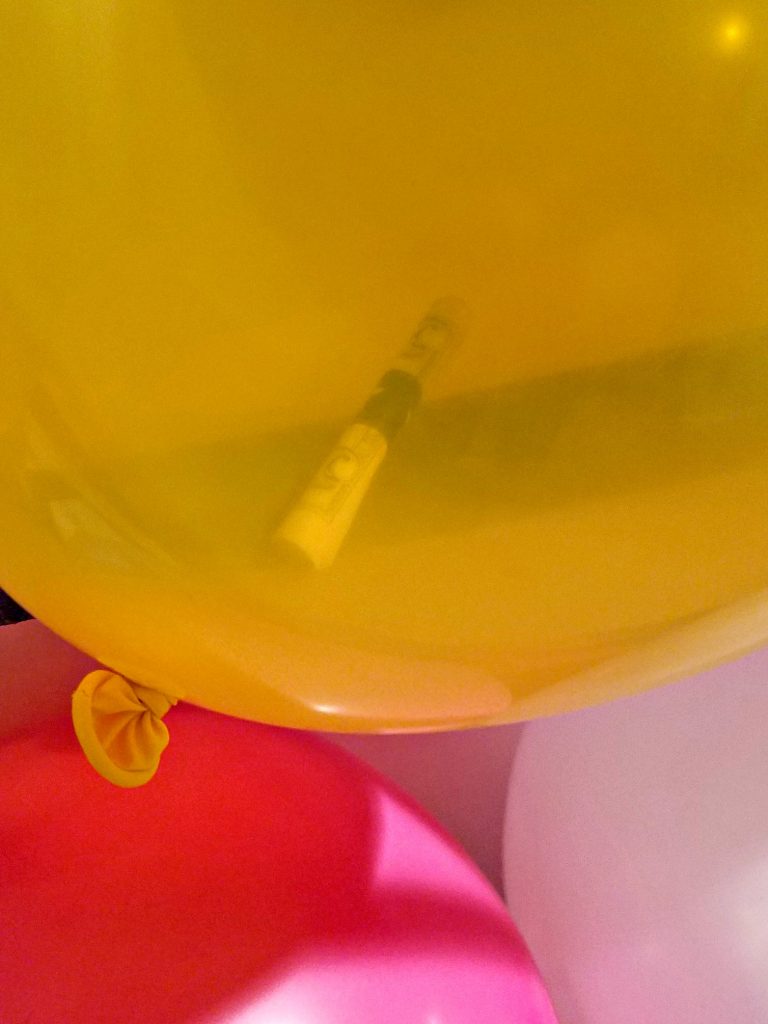 The hardest part of making the avalanche was doing it by myself. A second person would be very helpful and save on time. Crepe paper gives a little but it’s strong enough to hold the balloons so that’s what I used. I tried to do a few rows at a time but it was easier to do one at a time. You can see how I used a zig zag pattern across the door using packing tape to hold the ends. I started at the top and worked down. Make sure to put the balloons in a few at a time and don’t try to insert them all at the end, the crepe paper doesn’t stretch that much. 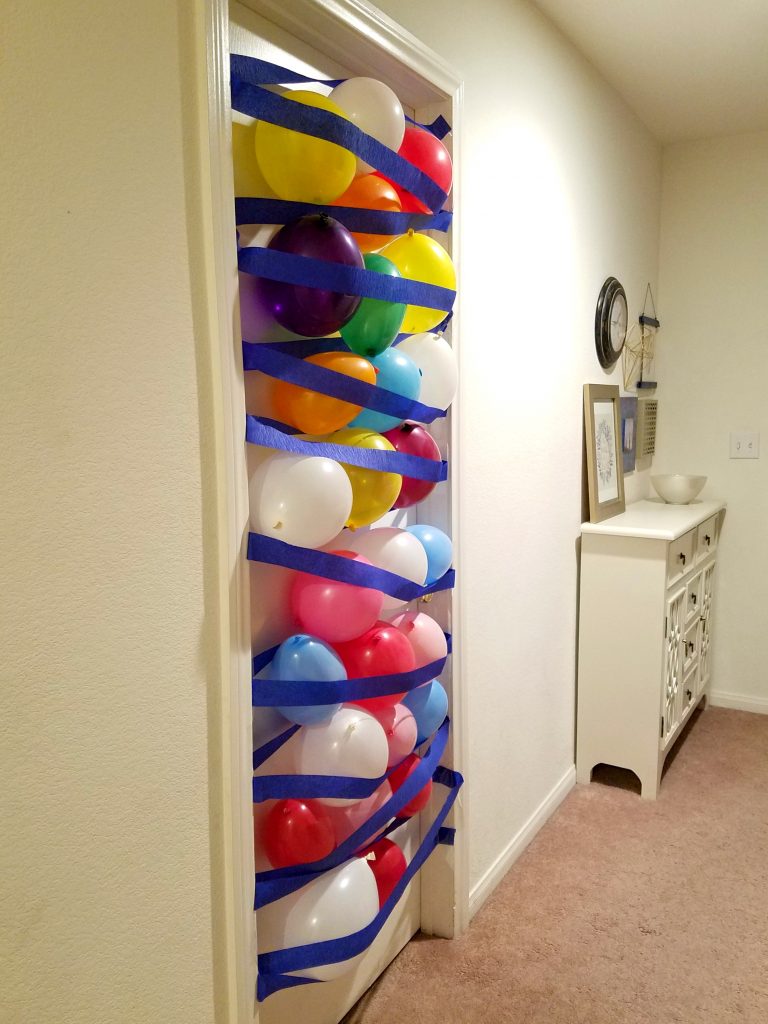 I wish I could have seen Ammon’s reaction when he opened the door but I woke up about 5 minutes too late. He gets up around 5:45 for school so I have a good excuse. Anyway, it was a success and he loved it. He said it scared him a little at first because he wasn’t sure if they were suppose to fall in on him the way they did. Yep, that’s what’s suppose to happen. 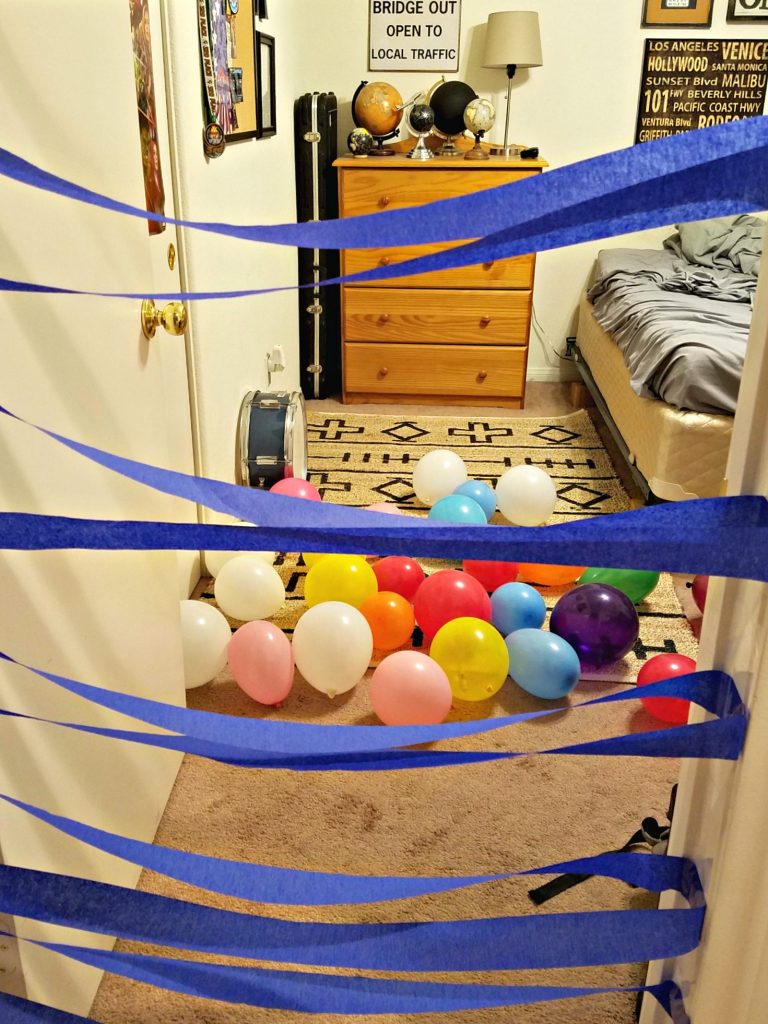 It only took him a minute to figure out there was money in the balloons. He waited until he got home from school to pop them all to find out how much money he actually had though. 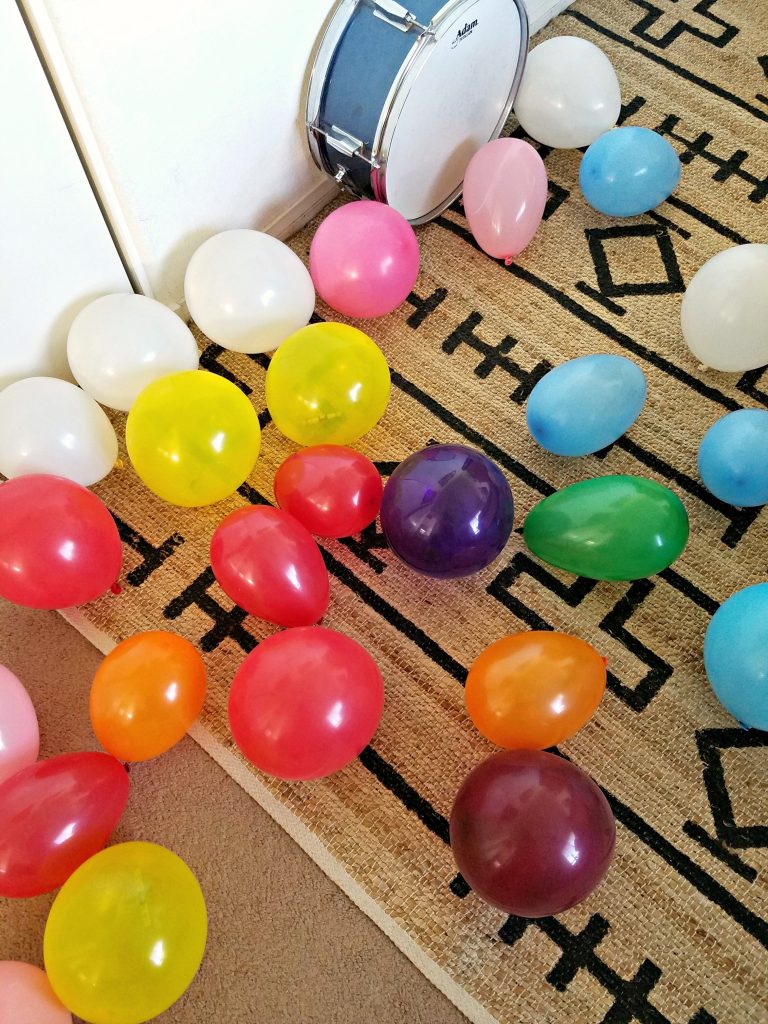 Now to think of something new for next year. Any suggestions? 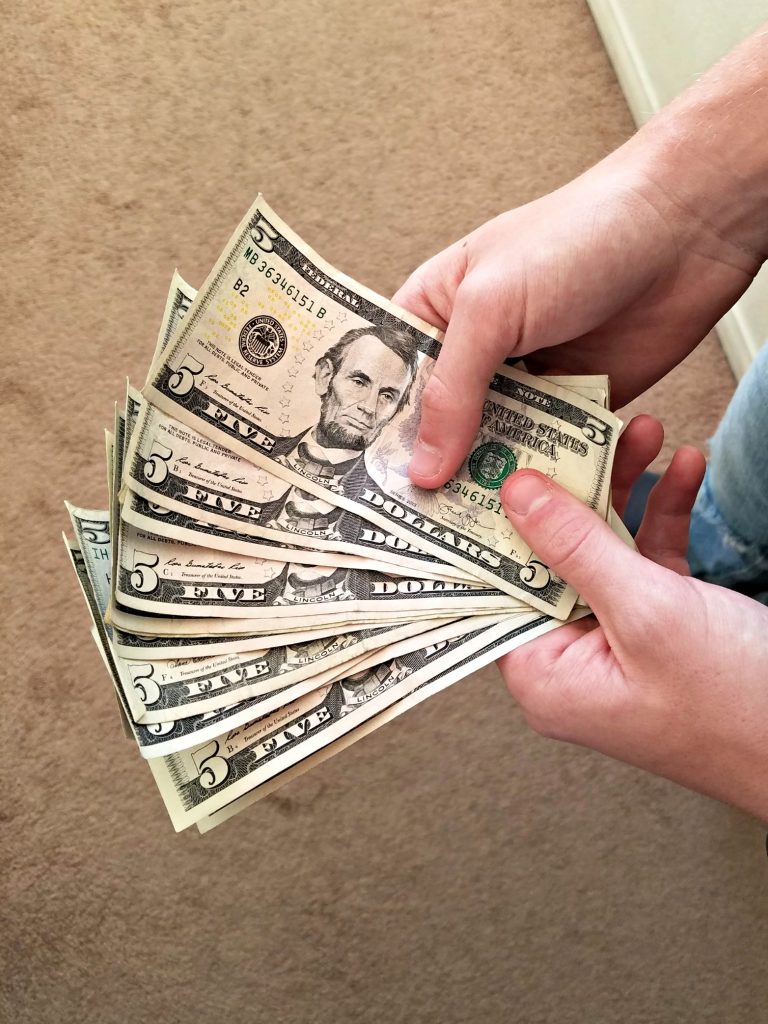 Next post: Earrings Organized for Travel – 31 Days of Organizing and Cleaning Hacks