I haven’t posted a recipe in a while so I thought it was about time. I always say I’ve never been much of a pumpkin girl but that’s not really true. I love pumpkin in the right context. For instance, I don’t like pumpkin drinks or savory pumpkin but if it’s sweet I’m all in. Also I hate wasting anything, especially food and I had a can of pumpkin in my pantry that was about to expire. My guess is that you probably have most of the ingredients for these Gluten Free Pumpkin Muffins on hand so give them a try this week. 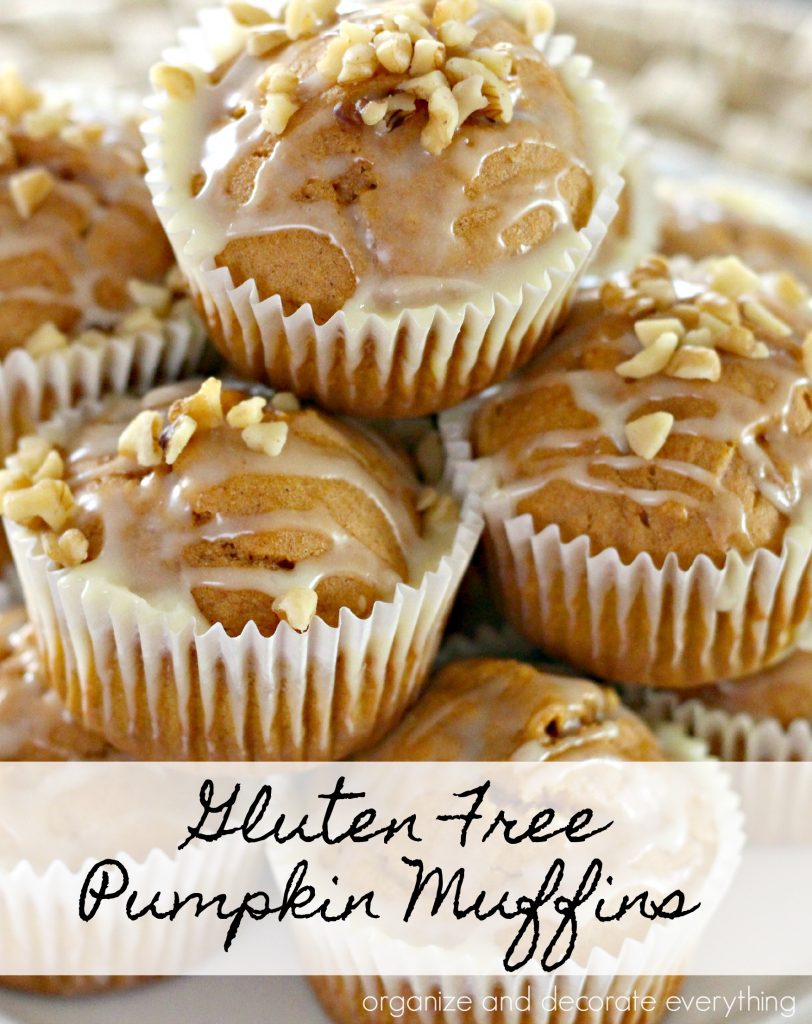 I’m actually the only one who has to eat gluten free, but I really shouldn’t eat 18 muffins on my own so I decided to share with my family. The best part is that these muffins start with a cake mix making the whole recipe fast and easy. 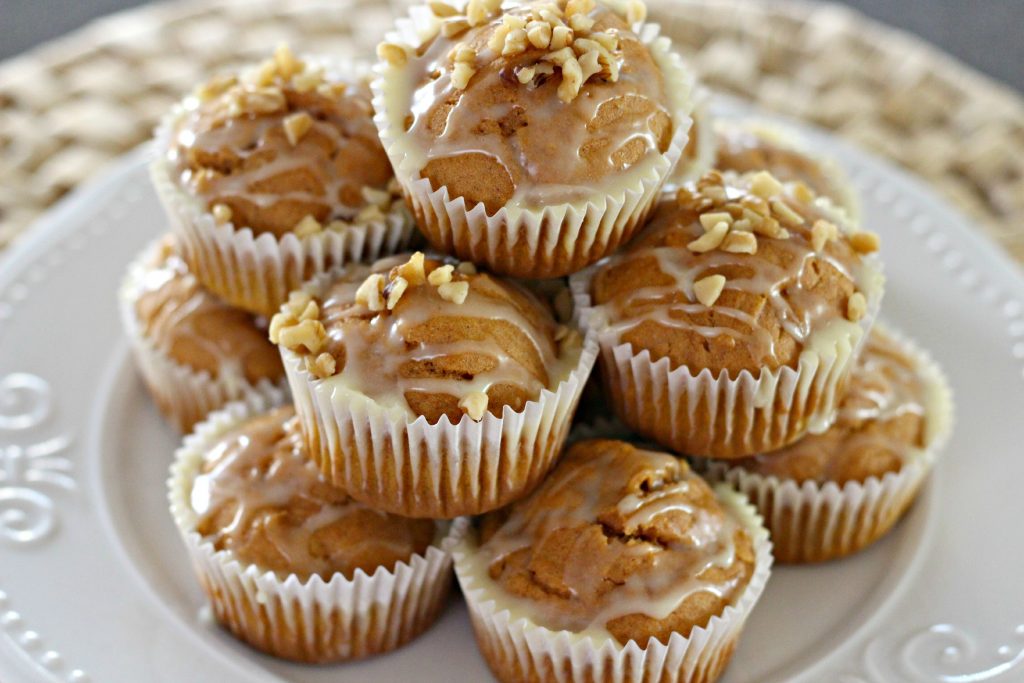 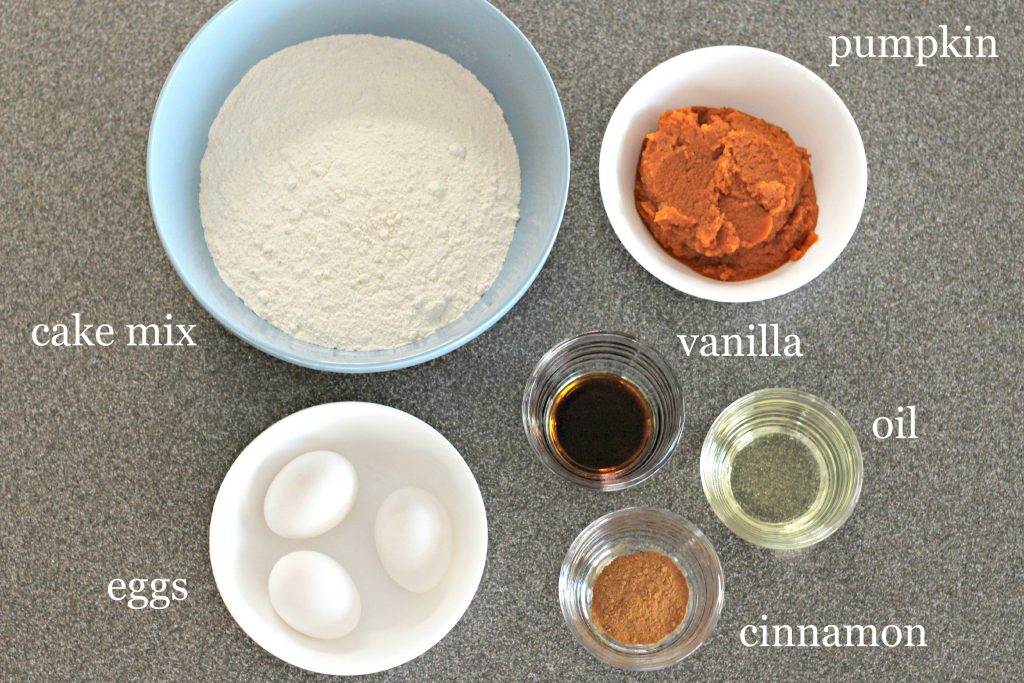 Preheat oven to 350 degrees. Line muffin tins with 18 cupcake liners. Place cake mix, pumpkin, oil, eggs, vanilla, and cinnamon in a large mixing bowl. Beat with an electric mixer on low speed until the ingredients are combined, about 45 seconds. Spoon the batter into the lined muffin cups, filling them two-thirds full. Bake until the tops spring back when lightly pressed with finger, 16-20 minutes. Remove from oven, transfer to wire rack and let cool.

The whole house is smelling pretty delicious right now. I might have tried one without the glaze. I couldn’t resist! 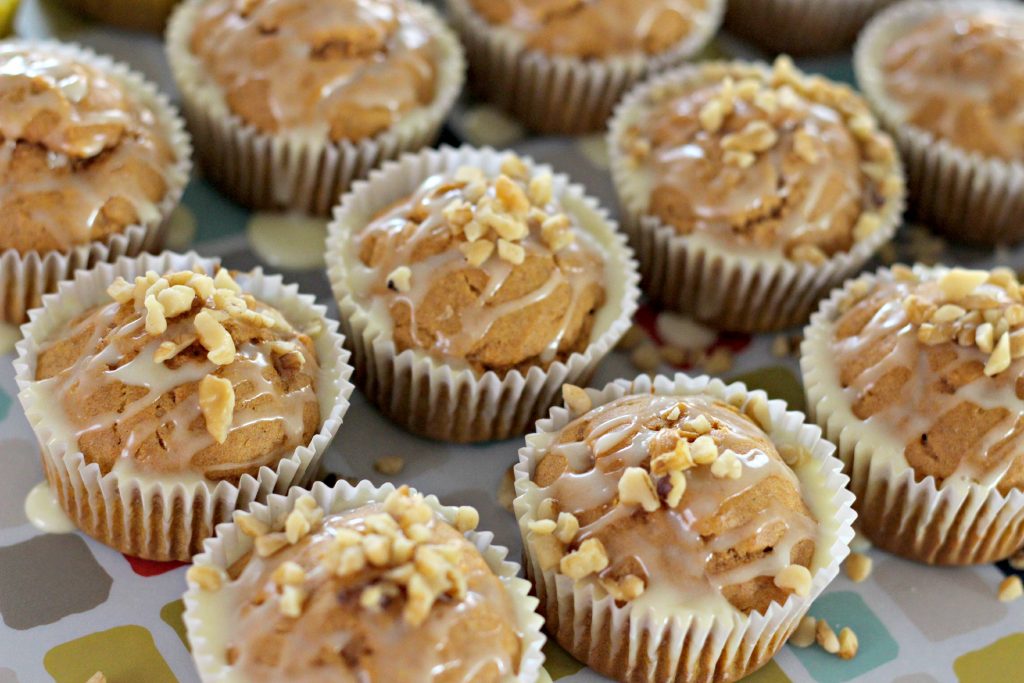 Whisk confectioners sugar and orange juice together in small mixing bowl to make the orange glaze. 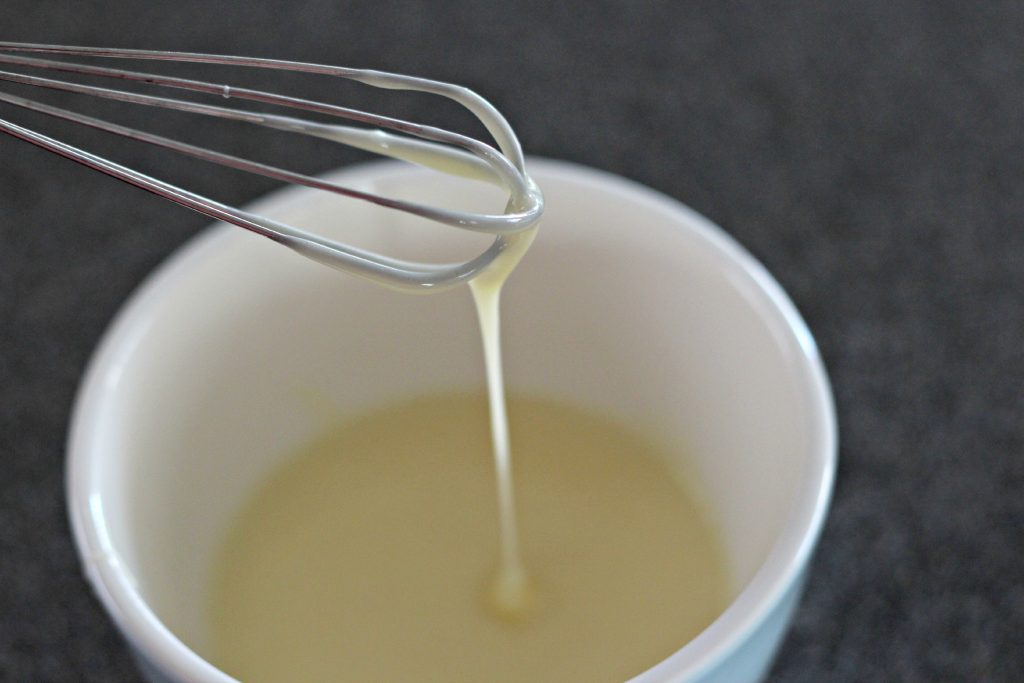 Spoon the glaze over the muffins and immediately sprinkle with optional pecans. I left pecans off half the muffins because some of my family thinks nuts don’t belong in recipes. According to me they’re wrong. 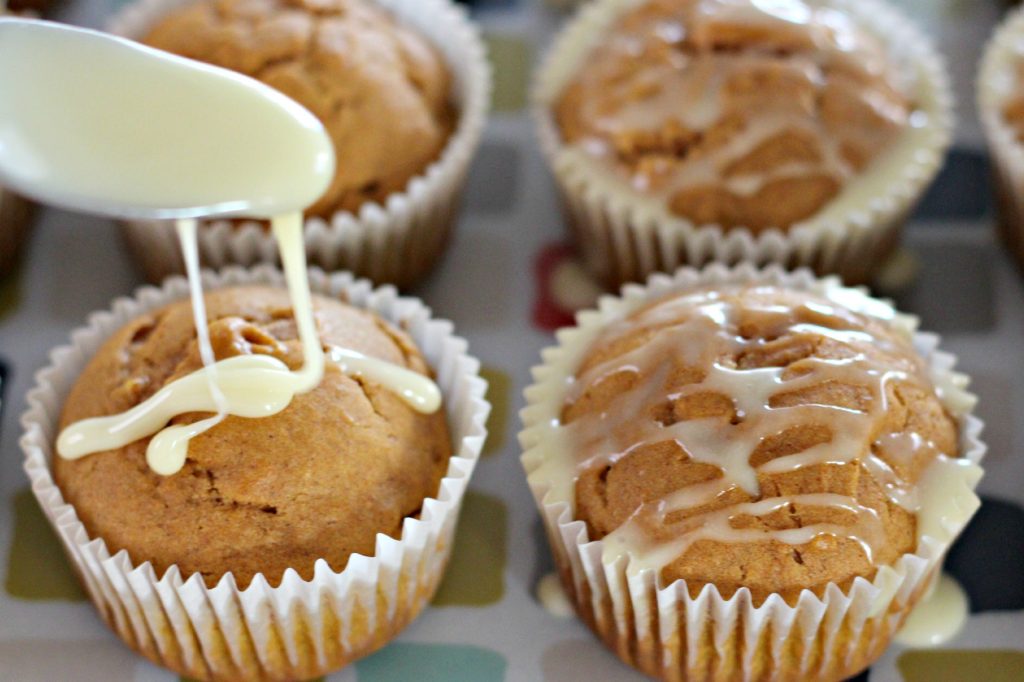 Store the muffins for up to 3 days covered and for up to a month in the freezer. 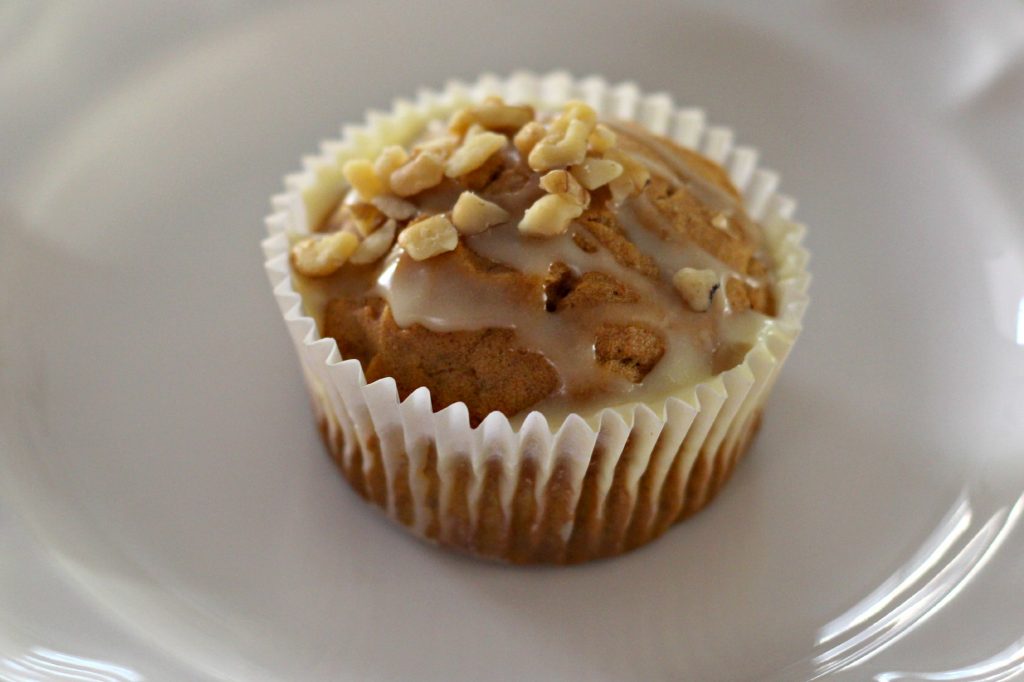 To say that my family loved them is an understatement. I was lucky to get another one. I guess I should’ve hid one away for breakfast the next day. Maybe I’ll make more this week and freeze them. No one looks in the freezer.