Let’s talk about cleaning the clothes dryer today. A clean dryer is a more efficient and safe dryer. 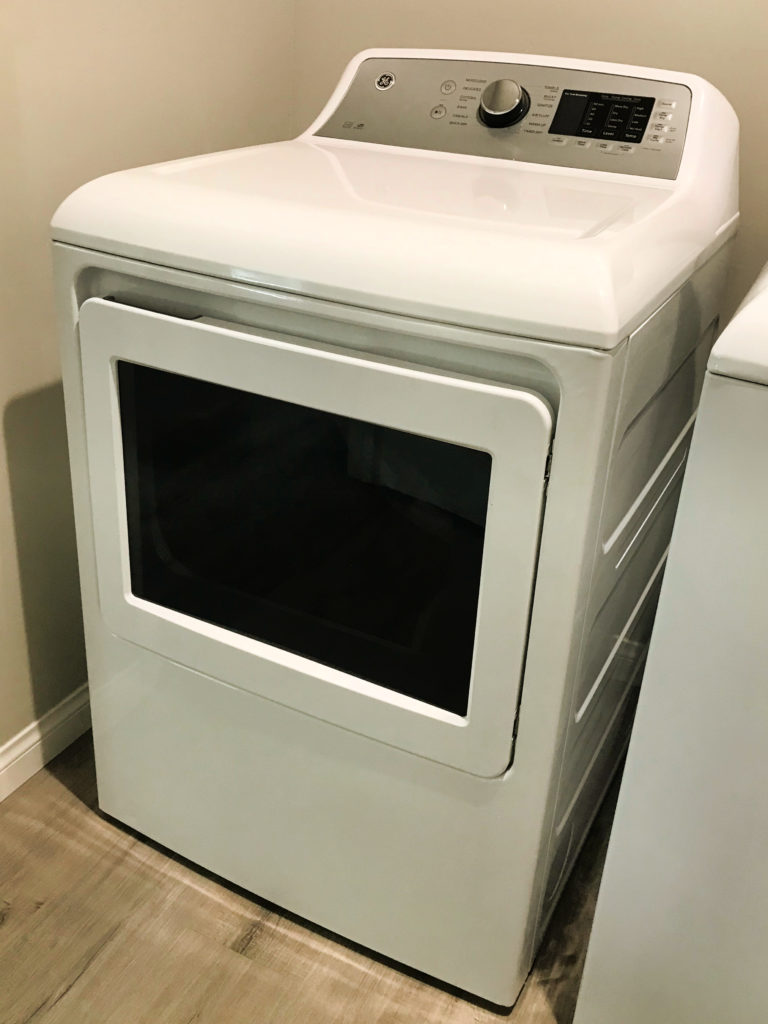 Are you ready to begin cleaning the dryer? Start by taking the lint trap all the way out. A good habit is to clean the lint out after every use. It will help in the efficiency of the dryer and you don’t get as much build up under the lint trap. My new dryer has a sensor that lets me know when I need to clean it but I’m still in the habit of cleaning it after every use.

This is after the lint was removed from the trap but not cleaned well. There’s a lot of build up still. And this is after the lint trap was cleaned in the sink with water, vinegar, and a micro fiber cloth. I was on a cleaning streak so I even cleaned the lettering with a toothpick. You don’t have to go that far. While the lint trap is out, clean behind it by pulling out all the lint you can reach. There might be quite a bit in there if you haven’t cleaned it for a while. I could get about a handful of lint. Then vacuum the rest of it out. After vacuuming take a water and vinegar cloth and scrub as much of the area as you can reach. Once that is clean and dry you can replace the vent. 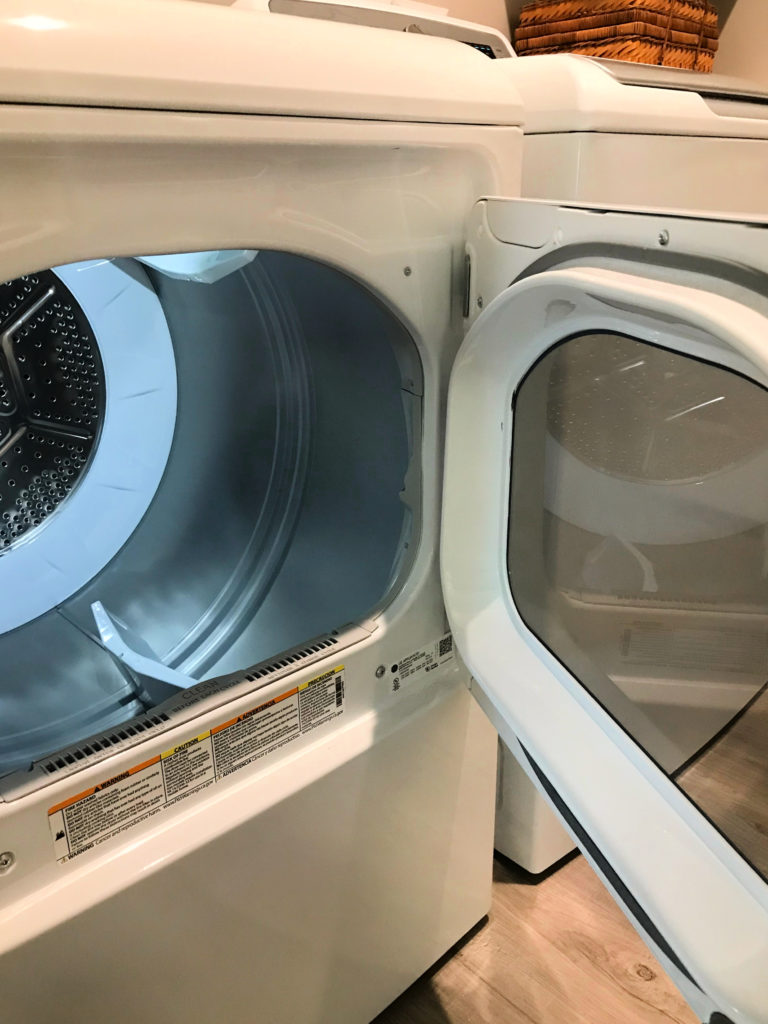 Clean the inside of the dryer using a damp water and vinegar cloth. Then rinse the area well using just water. For stubborn stains you can use a baking soda paste, scrub, then rinse well with water after. Now it’s time to clean out the dryer hose. Pull the dryer out, far enough so you can work behind it. I did this by myself and because it’s in a tight closet it was a little hard but I only smashed my finger once. Safety first, unplug the dryer from the wall. While you’re there you may as well clean the dusty walls in that area. I used a damp cloth of water and vinegar. Vacuum the back of the dryer using the vacuum attachment. Pay special attention to all the vent areas. Take off the hose by pinching the metal ring by bringing fingers together. Do this on the dryer end and where it attaches to the wall. Clean the lint out by using a brush on a long stick. I used a yard stick and taped a brush to the end. It worked really well. Vacuum the areas where the hose attaches to the wall and the dryer.

Confession time: It’s important to clean out your vents! We’re lucky we didn’t have a fire a few years ago. Birds had built a nest in our vent from the outside and it was basically clogged. The nest was about 6 feet (yes feet) long and the width of the vent. Make sure the vents on the outside of your house are closing when the dryer is not in use, ours weren’t. Now we have a cage like vent cover and it works really well at keeping the birds out. Reattach the vent hose making sure it’s snug in both areas. Plug the dryer in and move it back into place. It would be a good idea to clean the floor under the dryer before you move it back. Clean the outside of the dryer using a vinegar and water solution. It works really well on this kind of surface and there usually isn’t much scrubbing. Pin it for later: Cleaning the Dryer